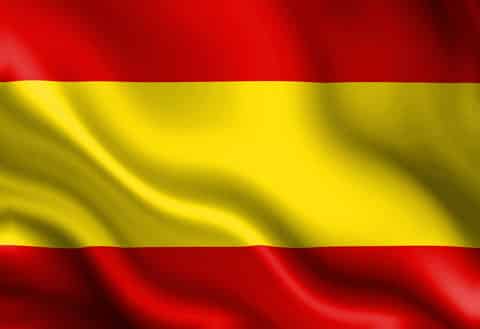 French Learn Spanish While You Sleep

French – Learn Spanish While You Sleep

Speak SPANISH within 30 days. No Pens, No Paper, No Homework, No Memorising.

You can rapidly learn SPANISH or ANY NEW language.

Just 100 words comprise 50% of all words used in conversation in a language.

Learning this core 100 words gets you a long way towards being able to speak in that language, albeit at a basic level.

The 100 basic words used in English conversation are shown below:

Numerous studies have revealed that in every country, native-speakers use only about 850 distinct words on a daily basis. Studying these language building blocks is the key to rapid assimilation and internalisation of any new language. With this approach, it’s not how many words you know, but rather, which words you can use.

By aiming each lesson at teaching you those 850 words, this approach teaches you to speak the most in ANY language in the least amount of time.

This entire approach is what language learning should be: quick, fun, and easy. Many foreign language students have difficulty learning. Their textbooks teach monotonous drills, grammar rules, and random lists of words. But textbooks alone can never bring it all together. Your only real goal in taking any language course is to speak that language naturally with others.

This approach is so effective because it traces how people developed language. Before written history, we had oral history. Most people, even Kings, couldn’t write or read in ancient times. Some people can’t even read today. Most language learning systems fail to acknowledge that writing only exists to represent the words we speak. So you should ask yourself, “Why should I learn to read a language if I can’t even speak it?”

Immediately immerses you in the language to help you grasp the sounds of that language.

Amazingly, once you understand the oral patterns, that chaotic, “foreign” sound so common to language learning disappears instantly. You’ll start to recognize words. This approach will help to change your perception within your first 30 minutes.

YOU will learn your new language faster than ever before. Each 850 WORD course will give you the FASTEST way to absorb and internalise a new language.

Remember – No Pens, No Paper, No Homework, No Memorising.

Just sit back and relax or even go to sleep. In only 15 hours, you’ll know the essential sounds and words in any language. You can practice in your car, on the plane, or on a train. It’s that simple.

These courses are designed specifically to help people like you. People who need to learn foreign languages fast, fluently, and forever.

How is language naturally acquired?

Languages are naturally acquired by people listening to language. The human brain is built to analyze it. You know, there are a lot of places in the world not in America, but in supposedly “backwards” places like West Africa, New Guinea, where it is commonplace to find people who speak half a dozen languages. How do they do that? There are no language schools. So, they do it because it’s part of their lives. They go down to the market, they find people talking in 4 or 5 languages. Due to their exposure to the constant repetition of each language’s words and sounds, their brain begins to absorb these ‘foreign’ words and phases – making sense of them – naturally. Before long the language has become internalised – and they begin to understand and then to speak.

How does this approach mirror this?

The way language is naturally acquired in real-life second language learning situations is by listening to the language itself. And analyzing it yourself. The people who learn second languages most successfully, are not those who go to language schools. If you go to a language school, you tend to go somewhere where they have a special theory about how language should be learned, and they impose that theory upon you. But actually, the human mind is constructed to learn language. That’s one of the basic things. Just as a spider spins its web, so too do people acquire language. It’s just as natural as that. If you try to constrain that process by imposing some regime that you’ve thought, theoretically, that ought to work, it really doesn’t help. Success lies in the ability to mimic natural language acquisition insofar as any teaching method can.

What is the key to language learning?

You have to ask yourself, why is it that so many people try to learn foreign languages and fail abysmally. I think there’s 2 reasons why they fail: they’re not motivated enough and they don’t have sufficient exposure to the real thing. The key to language learning is a combination of these two things. As regards motivation, a lot of that’s got to come from the learner. But given the learner has a reasonable amount of motivation, then the burden lies upon the course to continually present them with material that is relevant to the kinds of things the learner will have to do when he’s using the language. That will keep up the motivation. Now, as for the material, if you have material produced by a native speaker of that language, and a sufficient amount of that material is provided, then language learning takes place. Since we are equipped to learn languages, the brain does the rest of the job for us. All it needs is sufficient motivation and sufficient first-class, first-language speaker material from which to learn.

Please explain the concept behind the courses.

Briefly, what are the fundamentals that make up any given language?

Our brain is automatically programmed to take words and put them together. It differs from language to language, but not as much as you’d think. Every language is cut to so close a pattern, that some linguists regard them basically as dialects of one language. So, in other words, you already have in your brain a machine that is ready and waiting for language. What do you have to do? You have to learn the sound system of the language, which may differ from yours. Then, you have to learn the words. That’s all you need to know. You don’t have to be given a lot of elaborate grammatical rules, because your brain’s already equipped to figure them out for you.

How does the brain acquire new information?

When you hear anything at all, it is stored in your short term memory. The short-term memory will hold it, but unless it is repeated and re-emphasized, it is not going to hold on to it. Many things pass, so to speak, through your memory. In order to make long-term memories, the information must be transferred. This occurs through repetition.

Why do you think this approach works?

I think what makes this approach most effective is that it allows anyone to simply listen and learn. To internalise a language – naturally. By concentrating on just 850 key core language words this approach teaches the MOST in the LEAST amount of time. Also our Silent Technology version enables the listener to learn a language through repetition without getting bored. Let’s face it, a lot of foreign language work can be terribly boring. And one of the key elements in language learning is motivation. By removing the boredom of repetition and concentrating on just 850 key words, the goal of absolute essential language acquisition becomes realistic. When you then combine the latest advances in accelerated learning techniques like brainwave entrainment (more here) and baroque music (more here) you have a compelling medium for subliminal induction.

How can this approach be used whilst sleeping?

Whilst sleeping or relaxing studies have shown that the brain is most receptive to new information. The conscious mind is at rest and access is gained to the sub-conscious. This is when accelerated learning takes place.

Scroll back to top