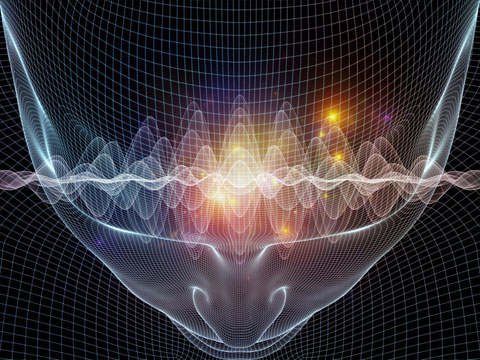 Binaural beats were discovered in 1839 by a German experimenter, H. W. Dove.

They rely on the human ability of the brain to detect a waveform, phase difference.

When signals of two different frequencies are presented, one to each ear, the brain detects phase differences between these signals.

However, the brain processes this anomalous information differently when these phase differences are heard with stereo headphones or speakers.

A perceptual integration of the two signals takes place, producing the sensation of a third “beat” frequency.

This third “beat” frequency allows for synchronized brain waves which have long been associated with meditative and hypnogogic states.

Audio with embedded binaural beats has the ability to induce and improve such states of consciousness.

The reason for this is physiological.

There are Seven Methods for Inducing Brain Wave Entrainment

All methods essentially present to the ear (and thus, to the brain) a repeating stimulus of some kind.

They are all very effective and many don’t require headphone usage.

1) CrossFeed Modulation – This acts kind of like the “Balance” or “Pan” functions of any stereo or media player, but instead of simply increasing or decreasing the volume of each side, it feeds sound between sides. It does this in a circular, sine wave pattern at a rate per second. This method only works with stereo sound files and only works effectively with headphones on.

2) Pulse (Isochronic / Volume Modulation) – This method simply increases and decreases the volume of the sound files in a triangular pattern at the specified rate per second. This is the oldest and, according to many, the most effective form of entrainment – though it is probably the least subtle.

3) Low-Pass Filter Modulation – This method removes high frequencies in sine waves at the specified rate per second. Used properly, it can be an incredibly effective and subtle way to present a repeating stimulus. It can also be used to make “ocean wave” sounds out of noise or similar sound arrangements.

4) Pitch Modulation– This method increases and decreases the pitch of the sound file in a sine wave pattern at the specified rate per second. This can be especially useful with wind or soundscapes with deeper tones.

5) Auto-Pan Modulation – This method increases and decreases the volume of the left and right sides in a sine wave pattern at the specified rate per second.

6) Binaural Beats – When a tone is played in one ear and a slightly different tone is played in the other, the brain produces a third sound that pulsates at the rate of the difference between the two tones. For instance, if a pitch of 100 was given to the left ear and a pitch of 110 was given to the right ear, a sound pulsing at 10 pulses a second (10hz) would be heard inside the brain.

This is the least effective brainwave entrainment method, however it does have some added benefits such as “syncing” the two brain hemispheres.

7) Monaural Beats – Similar to binaural beats above, when two slightly different tones are played in the same ear, the sound pulses at the rate of the difference between the two tones.

Wide awake. This is the state you are normally in from the moment you wake up to the time you go to sleep at night. Usually, this state in itself is uneventful, but don’t underestimate its importance. Entraining SMR and Beta 1 in particular can be extremely beneficial to people with mental or emotional disorders such as insomnia, depression or ADD. This band can also be used for increasing focus or even IQ!

Awake but relaxed and not processing much information. When you get up in the morning and just before sleep, you are naturally in this state. When you close your eyes your brain automatically starts producing more Alpha waves.

Alpha is usually the goal of experienced mediators, but to enter it using this program is incredibly easy. You can also use this state for effective self-hypnosis and mental re-programming.

REM sleep or extreme relaxation. Lucid dreaming and OBEs can also occur at this state. Other “weird” and often “paranormal” experiences have been reported while in or very near the Theta state.

Theta 1 – (3 – 5 Hz) If suppressed, can improve concentration and ability to focus attention. Generally not a good thing to increase.

Theta 2 – (5 – 8 Hz) Very relaxed and dreamful sleep. Life-Transforming, paranormal, and spiritual experiences are most common at this band.

Deep, dreamless sleep. Delta is the slowest band of brainwaves. When your dominant brainwave is Delta, your body is healing itself and “resetting” its internal clocks. You do not dream in this state and are completely unconscious. Entrainment of the brain at this level is all but impossible. Most of the time, people wishing to enter Delta will have to settle for deep Theta and hope than their mind “drifts” down into Delta on its own.