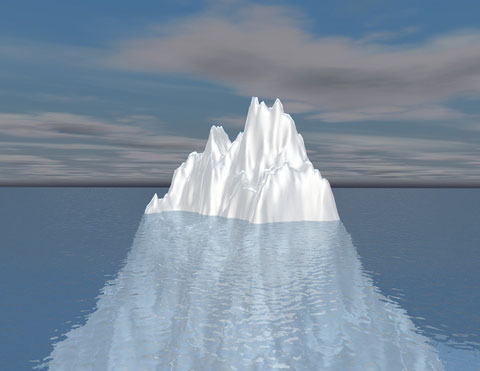 If you’ve ever wanted to master another language, cram up on any subject, commit to self-growth or just pass those exams – with less effort!

Then you’ve come to the right place. Dramatically increase the rate at which you learn and comprehend.

Nothing intrigues human beings more than their own mind. From the times of Plato and Aristotle, to the latest experiments conducted by the Dalai Lama, this single entity has continued to elude man’s complete grasp. Whichever way you look at it – as philosopher, psychologist, spiritualist, cognitive scientist, or as a researcher making new discoveries in brain-computer-interface experiments – mankind seems to have tied itself up in knots in trying to understand the concept of “mind”.

Despite this ground reality, there are a lot of sites in the web market that sell subliminal messaging CDs. The rationale behind these products, as they strive to connect the listener’s sensory organs (the ears!) with the subconscious, makes fascinating reading.

We are on firm ground when we talk about the physical entity known as the “Brain”. All observations and experiments conducted by man on this organ are well-documented in science literature.

Every sensation that we experience in our body is mapped directly to a specific region of the brain cortex. So, there are specific cells in specific regions of the brain that handle sight, sound, touch, etc. Not only has this mapping been clearly marked out, it has also been established that the cortical map is capable of redefining and reorganizing itself according to circumstances. What this technicality means is that if you spend a lot of time eavesdropping, over a period of time the auditory region of the cortex increases in size. Another astonishing aspect about the brain that has come to light in recent years is that new neuron cells (the basic cells of the brain) continue to be created in the dense grey and white matter of the brain (Neurogenesis). Ergo, a normal human brain continues to grow and become denser well into senility! These amazing natural phenomena have been brilliantly deployed by scientists working on brain-computer interfaces. This means that it is now possible for, say artificial limbs to move by the power of thought (bionics), rather than be operated by electric switches.

Going a level deeper into the working of the brain, we discover that different structures of the brain that handle emotions, motivation and memory have been identified. Together called the “Limbic System”, these structures regulate hormones and a part of the nervous system that is not consciously under our control. When malicious foreign bodies such as bacteria or virus enter the body; it reacts in different ways, such as by sweating or shivering, or vomiting or becoming lethargic. This is the body’s response to fight back the intruders, and regain its earlier, healthy inner balance; and the whole thing is coordinated by the limbic system.

In a nutshell, this is what is known to mankind about the brain.

Though science has been able to perfectly pinpoint the chemical and physical processes of the brain, it is (still) clueless about the dichotomy between the brain and the mind. Can all mind and mind-related properties be explained by chemical and physical states of the brain? Or is the brain just a vehicle, which an entity known as the mind (or soul?) uses to drive the other entity known as the body? Are we just a mixture of smelly fluids and semisolid, gooey mass (with some electricity and magnetism thrown in), dumped in a skeletal bowl by a scientifically-unexplained process, or are we something higher than that?

If we reflect on what science has discovered thus far, this mind-body dualism becomes even more evident. Sensations from different parts of the body reach the brain cortex, and tap the individual cells on it. But how are these disparate sensations brought together to create a single, wholesome thought or emotion in the structures of the limbic system?

Further, how does thought “occur” on its own, uninitiated by any sensory stimuli? Where do urges and impulses come from? How do we link present events with past events and jump from the past to the present to the future in a flash? How do we form goals? What regulates our behavior, and makes us distinguish between what is good for us and not so good for us? How do we “consciously” decide to postpone immediate gratification, in favor of long-term gratification, in the face of our strong “urges” that demand rewards right here and now?

Without getting into the still-inconclusive argument about whether there is a “homunculus” residing in the brain of each one of us, I shall proceed with the observation that a school of thought recognizes that there _exists_ a “conscious mind” in all of us, one which integrates all the functions of the brain into a stream of thoughts and emotions. It is this conscious that interfaces with the outside world for processing of sensory inputs that the brain receives. It is this conscious that processes self-generated thought streams and assigns due importance to it (to be retained for the long-term, or to be rejected after a short while).

The subconscious, lying below the threshold of our alert, conscious mind, is the core of our existence. (Psychologists use the term “unconscious”; however, the word “subconscious” has become more popular in the public mind.) It is the subconscious that stores our innate emotions and basal thought patterns on the basis of which we form more complex reasoning and cognitive processes.

It is our subconscious that drives our life. Ironically, it is we ourselves who mold the way it can do so. Whatever we think at the conscious level is imbibed by the subconscious, which then goes on to transform those thoughts to our reality. Just like the physical cortex that scientists have so brilliantly mapped, there exists a “mental cortex” on which all thought patterns are mapped. And just as “the cortical map is capable of redefining and reorganizing itself according to circumstances” (remember our example on eavesdropping?), so too does this mental cortex keep changing its content, depending on what thought patterns are being given higher importance by our alert, conscious mind. The conscious mind, as it does with sensory inputs, integrates all thought patterns into one wholesome personality which we then become. This means that, if we think negative thoughts, our mental cortex allocates a portion of itself to accommodate them. If we continue thinking negative thoughts (continue eavesdropping) for a longer duration, then the area allocated for them increases. The negative thoughts become our personality, and consequently, our reality.

New thought formation, urges, impulses, memory and behavior regulation are thought to be functions of the mind, which is a synergy of the conscious and the subconscious.

Subliminal Messaging And The Subconscious

Messages that can reach out to the subconscious directly, without any hindrance from the conscious are known as “Subliminal”. These messages can be either harmful or benign for the person receiving them. The purpose of these messages is to increase the area allocated for the corresponding thoughts on the mental cortex of our system. So when the subliminal messages are positive and self-affirmative, and when they are repeatedly sent to the subconscious, over a period of time the thoughts that they help produce begin to acquire dominance in us. Ultimately, these dominant, positive thoughts become our personality, to be transformed into our reality.

The route the Subliminal Messaging CDs take is through the ears. In order for them to ping directly on the subconscious, these messages are delivered through a human voice recording that rides over music which vibrates at different pitches on the two ears. On the brain cortex, the individual cells that tap-dance to the two different pitches create something known as “binaural beats”, which bring the brain to a state of meditation. In this meditative state, the channels to the subconscious open up wide enough for the messages to ride in – and reach the mental cortex. This is how a connect between the brain and the subconscious is established by the CDs.

There are quite a few companies selling these CDs online. Each of these CDs has their own pros and cons. It would be in your best interest to evaluate their individual strengths and weaknesses, and go for the best.