Hypnosis – What Is It? 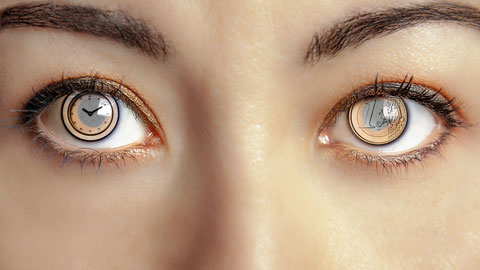 If you’ve ever wanted to master another language, cram up on any subject, commit to self-growth or just pass those exams – with less effort!

Then you’ve come to the right place. Dramatically increase the rate at which you learn and comprehend.

Hypnosis — What is it? What can we use it for? And can you be hypnotist?

Sally sat down in the chair. She looked at me and paused. “I don’t think you’ll be able to hypnotize me,” she said.

“What makes you think that?” I asked.

I’ve heard endless variations of “I can’t be hypnotized,” with reasons ranging from Sally’s story to, “I just don’t think you can”.

The thing is, when we ask, “What is hypnosis?” we get many different answers, depending on whom you ask.

The loosest definition is NLP’s “Everything is hypnosis.” NLP says that hypnosis is simply a different state — and whenever you change your mental state, it would mean you’re in some type of hypnosis!

Whilst this definition is useful and practical for NLP-type work, it certainly doesn’t answer what most of us think of as hypnosis.

Thanks to the movies, many people think that when you go into hypnosis, you obey the hypnotist without question and against your will; and when you come out of hypnosis, you forget what was happening.

Like most Hollywood themes, this is nonsense. It does sometimes happen that a person has spontaneous amnesia (in other words, he forgets what happened while in hypnosis), but it’s rare.

It’s also possible for a hypnotist to deliberately cause amnesia, but that generally needs a lot of trust. Some wicked person saying, “And then you will shoot the man opposite you”

would not generate much trust, would it?

Hypnosis is a trance

If we think of hypnosis as a sleepy trance-like state, this covers most types of modern hypnosis therapy. However, a person under hypnosis can wake up and still be in hypnosis. You’ve seen this in stage hypnosis shows.

In fact, hypnosis is generally a more alert state, where you are more aware of what’s going on.

Researchers have measured what happens in the brain when under hypnosis. Although they don’t understand hypnosis yet, they have spotted a number of important things going on. One interesting thing is that, under hypnosis, the left brain (which we usually think of as the “logical” side) becomes less active, and the right brain (the “creative” side) more active.

Under hypnosis, we can access our more creative and imaginative parts, and make great and lasting changes. In fact, I teach self-hypnosis to all my clients so that they can continue to improve after

we’ve finished our sessions together.

A number of other things happen in the brain, but I won’t go into them here.

What can we use hypnosis for?

Entertainment — you’ve seen stage hypnosis, and it can be tremendous fun. Another favorite is to go out and get drunk on water. At closing time, you can safely sober up in seconds and drive home without hangovers, without destroying your liver and without wasting all that money!

Rapid change — when a hypnotist uses hypnosis to effect fast changes to mental states; such as removing phobias, getting someone off alcohol, increasing confidence, and so many more

Sports performance — to improve game-playing skills. Expert golfers, for example, use a form of self-hypnosis when they take each shot

Can you be hypnotized?

I lifted Sally’s arm. I let go and it stayed there. “Are you keeping it there deliberately?” I asked.

“No,” Sally said, looking at her arm as if it were a strange object.

“OK,” I said. “Imagine that your arm is a stiff rod that can’t bend. No matter how hard you try, you just can’t bend it. Can you imagine that?”

“The funny thing is, Sally, when I tap the arm, you can feel control coming right back to you and you can bend it, now.” I tapped her arm. Sally bent it, relaxed it into her lap and looked at me.

Sometimes, a person can’t be hypnotized, because they’re scared of losing control. I used to be like that. During my first training, I became frustrated at not being able to enjoy the experience (hypnosis is very, very pleasant), and I made a point of allowing myself to lose the control. I’m really glad I did, because the hypnotist used the opportunity to fix a big sleeping problem I had been having for years!

If you’re scared of losing control, you can ask your hypnotist to hypnotize you in a way that you keep full control.

Actually, you always stay in control: Experiments have shown that a hypnotist can’t make you do anything that you find ethically distasteful. You could believe that you’re naked on stage in front of an audience, but if the hypnotist told you to actually take off your clothes, you’d come straight out of hypnosis (unless you’re a natural exhibitionist!).

In short, hypnosis is completely safe under trained hands.