You really can learn while you sleep 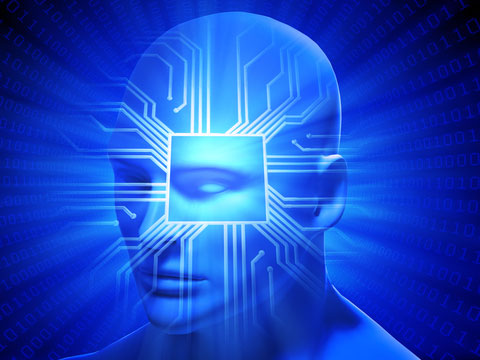 New research shows that the brain may multitask during sleep, learning skills and solidifying memories.

You may think of sleep as a time of repose. But scientists discovered this year that, under the right circumstances, your slumbering brain can sign on for the night shift.

While visiting the Land of Nod, people might improve their musical abilities (SN: 7/28/12, p. 10), learn to associate a smell with a sound (SN: 10/6/12, p. 9) or solidify negative feelings (SN: 2/25/12, p. 8). These results, and others like them, are pushing the boundaries of what scientists think the sleeping brain accomplishes.

“We want to understand where the borders lie between what we can and cannot learn during sleep,” says Anat Arzi of the Weizmann Institute of Science in Israel. This year, her team described the brain’s ability to learn to associate a particular tone with the smell of rotting fish while fast asleep. Another study found that people can also sharpen existing skills during a nap. After listening to a nap-time song, volunteers were better at hitting the right notes on a keyboard.

The science isn’t clear enough to suggest that students should, for example, play Japanese vocabulary tapes overnight, but the results do show that the sleeping brain assimilates information. And the implications go beyond cramming for a test.

Sleeping after a painful experience may lock negative memories into the brain, for instance. Staying awake during a crucial window may help lessen a trauma’s emotional impact. A study in mice accomplished the same thing without them losing sleep: A drug injected into the animals’ brains lessened a painful memory’s effect while the animals dozed (SN: 11/17/12, p. 14).

Because scientists still don’t understand why humans need to spend a big chunk of their lives asleep, some question the wisdom of giving the brain more work. Perhaps the brain ought to be left alone during the night and given time to do whatever it needs to do, says sleep researcher Robert Stickgold of Harvard Medical School. “I would argue that sleep might be smarter than you,” he says.

Learn to play piano in your sleep

Not really, but hearing known songs during a snooze may help people play them later

The results don’t mean that after a nighttime Beethoven sonata, a piano novice will wake up with the ability to play it. But the results do suggest that an existing skill can be sharpened during a nap, says study coauthor Ken Paller of Northwestern University in Evanston, Ill.

Earlier work by Paller and others has found that sound and odor cues during sleep can improve a person’s memory for the locations of objects. The new study extends those results by showing that a learned skill — in this instance, playing music — can also be influenced during sleep.  Although these sorts of experiments are just getting started, “the door is wide open,” Paller says. Musical ability, athletic prowess and other talents that normally require a lot of practice may be amenable to boosts during sleep.

Before the easy job of having a nap, 16 right-handed participants in the study had to do some actual work. Volunteers learned two different not-very-catchy tunes, played with their left hands on the a, s, d and f keys of a computer. In an arrangement similar to that of Guitar Hero, circles that floated up the screen told participants which key to hit and when.

After this training, the volunteers’ chairs were converted into comfy beds for a 90-minute nap. When scalp electrodes indicated that the snoozers had entered slow-wave sleep, a phase that’s thought to be important for memory processing, researchers surreptitiously played one of the two songs the volunteers had just learned.

This effect may be caused in part by sleep spindles, waves of electrical activity that have been linked to memory processing during sleep. Spindles in the right premotor cortex — the brain area that controls movement of the left hand — were tied with the post-nap performance, the team found. “The more spindles, the more benefit,” Paller says.

It’s not clear whether the gain represents a simple boost or just a bias in shifting the brain’s attention to one song at the expense of the other, Paller says. Sleep may offer a finite window of improvement, such that enhancing one skill may come at the expense of another.

Just because a skill can be sharpened during sleep doesn’t necessarily mean that it should, says sleep researcher Robert Stickgold of Harvard Medical School. “I think your brain does a lot of triaging at night. Now, you’re trying to override that triaging and tell your brain what it should be worrying about.”

And overriding the brain is fraught with the problem of choosing what to listen to, Stickgold says. “I would argue that sleep might be smarter than you.”

Brain learns while you snooze

Sleeping mind can make associations between smells and sounds

Even while in a deep slumber, people can still learn brand new information. Sleepers soak in new associations between smells and sounds, knowledge that lingers into the next waking day, researchers report online August 26 in Nature Neuroscience.

The new study is the first to show that entirely new information can creep into the sleeping mind, says study coauthor Anat Arzi of the Weizmann Institute of Science in Israel. Sleep used to be considered a kind of reversible death, she says. “But the brain is not passive while you sleep. It’s quite active. You can do quite a lot of things while you are asleep.”

But before overtaxed students rejoice, the results don’t mean that Spanish vocabulary tapes now have a place on the nightstand. Researchers have tried and largely failed to find evidence that trickier information, such as new pairs of words, can make its way into the brain during sleep.

Instead of trying to teach people something complicated like a new language, Arzi and her colleagues relied on subjects’ sense of smell. As anyone who has walked by a dumpster in July knows, smells can elicit a nose-jerk reaction. Catching a whiff of hot trash automatically makes people inhale less, curbing the size of the inhale. But a scent of fresh bread spurs a long, deep inhale. Arzi and her team took advantage of this sniff reflex for their experiment.

As people slept in the laboratory, the researchers delivered pleasant scent, such as shampoo. As this nice smell crept into the sleepers’ noses, the researchers played a particular tone.  Later, a disgusting smell, such as rotten fish or carrion, was paired with a different tone. Neither the smell nor the sound woke people up.

After just four exposures to the smell-tone pair during a single night, the sleepers started to automatically respond to the tones without the accompanying smells, taking in bigger breaths when the shampoo-associated tone played and smaller breaths when played the sound linked to the rotten fish smell.

This new learned association lingered into the next waking day, too. Even though the sleepers had no idea they had been exposed to smells or sounds, their behavior proved otherwise. As before, the shampoo sound elicited a long, deep inhale, while the rotten fish tone caused more shallow breaths. “They learned what the tone signified,” Arzi says.

One of the reasons these researchers found evidence for sleep learning when others had not is because they relied on people’s sense of smell, says neuroscientist James Antony of Northwestern University. “It’s a clever way of using this system that has a strong response.”

Scientists don’t yet know the limits of sleep learning, says Antony, who recently found that musical skills could be strengthened if a person listened to a recording of a song during sleep.

Complex subjects like calculus, European history and Arabic might not work, but perhaps acquiring more subtle information — shifting preferences or habits, for example — might be possible, he says.