Foreword to Learn While You Sleep 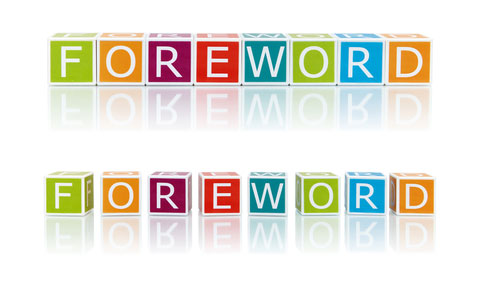 “For now we see through a glass, darkly; but then face to face.”

Such, I have found, are the processes of general education. Frequently, in my course on World Cultures, I have been able to gain my students’ interest by demonstrating the truth of these ancient words quite literally. I ask them to look out the window and watch the cars in the street. Then I tell them to refocus their eyes and look at the glass only, and they invariably notice that it is not very clean.

Possibly they were aware as soon as they entered the classroom that the windows needed washing; perhaps all they were conscious of was that the room had windows. In any case many different things present themselves to the eyes and minds of students at the same time, and the good teacher knows how to channel their attention to a few specifics. Once he has done this he must remember the importance of repetition, for in the combination of repetition and attention lies the heart of learning. Further, he knows that repetition by rote is valueless unless the material is accurately absorbed in the beginning. Only correct practice makes perfect.

Whenever I make an assignment I am careful to enter it in my plan book. I have learned from experience that some students will prepare the wrong assignment because they were only half listening, or because they copied it from the board incorrectly. And, of course, they never understand how they happened to make the mistake.

Occasionally I record lectures on tape and play them back. Students tell me that they hear things on the tape that they had not heard during the original lecture. And later on, at quiz time, someone will ask if I ever mentioned a particular point. Once again I expose him to the tape, and he is amazed that he never remembered any reference to the subject before. I explain to him that his mind must have been somewhere else during those words, not because of any deliberate inattention, but for purely unconscious reasons.

A teacher is forever trying out new ways of keeping his students’ interest, or of attracting it when it is absent. If only he could hold the attention of every member of the class! Even though they may all be looking directly at the instructor, there are always a few who wander off momentarily, daydreaming without even knowing it. But I have found that this seldom happens when I give private instruction.

I have no problem when the student is directly in front of me. The problem appears when he leaves me, for I have no control over his home life, where he may be disturbed by television, radio, or countless other annoyances while studying or reviewing his work. No matter how close I came to solving the problem I could never quite put my finger on the best method of improving the process of learning. It was only when I read the galley proofs of Learn While You Sleep that it became clear to me.

I remembered G.I.’s on a ship in the South Pacific, heading for New Guinea. They played records over and over again in order to learn the native tongue. One evening I was surprised to see friends in Message Center sleeping with earphones on, and this group learned the language most rapidly, impressing the officer in charge.

Others, who spent their evenings smoking, chatting, gambling, or writing letters, said they had no time for extra study, and were told by a member of the advanced group what the secret was.

“The truth is,” he explained, “I study during the day just as you do, but each day I learn more than you, because I’ve broken the barrier-I know the elementary words and phrases-and now it’s fun to hear the next lesson. But still, after I’ve written my letters and relaxed, just before I go to bed, I put the earphones on and listen once more to what I heard during the day. With the earphones on I find I block out all disturbances and discover myself in a new world of learning. When I awake, most of what I heard is part of my new language.”

This stayed with me. I thought about the idea often, but I never got around to trying it out or examining its worth. Now this has been done for me, in Learn While You Sleep.

I recalled another incident out of the past while reading this illuminating book. I was in Gouda, Holland, confined for several days in the Diaconnessan de Wyck Hospital, and not allowed to use my eyes. The nurse came over and handed me a little rectangular sponge rubber object, about four or five inches long, to which a cord was attached. She explained that there was a little speaker in the sponge rubber, and if I wished I could put the instrument under my pillow and listen to music for relaxation. The speaker’s volume was very low, so low that at first I heard nothing. But when I turned my ear to the pillow I heard everything plainly. Since I was an American, the nurse tuned in the BBC for me.

The curtains were drawn all day so that I would not be tempted to use my eyes. When I closed my eyes and listened on the BBC to the news of England, my memories were re-awakened. London was mentioned, and I saw myself walking through all the areas I had visited in that cosmopolitan city. With these memories in mind I dozed off.

When I awoke I remembered things about London of which I was not conscious before I fell asleep, and I realized that I hadn’t dreamed these new memories, even though I saw vivid pictures in my sleep. These were pictures I had previously viewed while walking the streets from Marble Arch to Piccadilly Square, only a few weeks earlier.

As everyone knows, it is not possible to see everything in London in the course of one walk, but always, with each succeeding walk, I was surprised to note that I had passed various sights the day before without realizing consciously that I had seen them the first time. Now, with the little speaker under my pillow setting the stage for me, I found myself recalling myriad things about London, things which, only a few moments earlier, I did not believe I had seen!

This was a new and startling experience for me. As an educator I wanted to follow through on it, and investigate this process of learning while sleeping. But my time was taken up with many other activities-traveling, setting up new courses in World Cultures, trying to understand students with normal I.Q.’s who repeatedly failed in all subjects but one. I was experimenting in these fields, and was unable to turn my attention to this fascinating business of absorbing knowledge while asleep.

Learn While You Sleep reports concisely (but fully) the views of the great scholars of the past and present on this subject. Their conclusions about methods of learning, about memory, and about the role of the unconscious in the process of learning and recall are summarized and considered in relation to this approach which I call “learning plus.” The idea of learning in one’s sleep is not new. But because our modern world offers so many ingenious devices educators are able, for die first time, to help their students learn more effectively. Valuable time can be saved, freeing the student (and here I use the word student in its broadest sense) for more advanced thought and further study in related fields.

Educators have never found any one method equally effective for all people. Some students never learned to spell until Fernald discovered her unique system. In any subject, some grasp more quickly than others. Similarly, some will learn more rapidly than others when using mechanical sleep-learning devices. But certainly most people should be helped.

If we are to get the most out of life, if we are to make human endeavor meaningful and satisfying, the importance of learning cannot be overemphasized. With the availability of sleep-learning equipment a new world has been opened up to both educators and students. The increased capacity for experiencing and remembering which it offers sparks the imagination and excites greater interest in learning than ever before. I am sure many readers will find the thoughtful and objective evaluation in Learn While You Sleep both interesting and provocative-as I did.